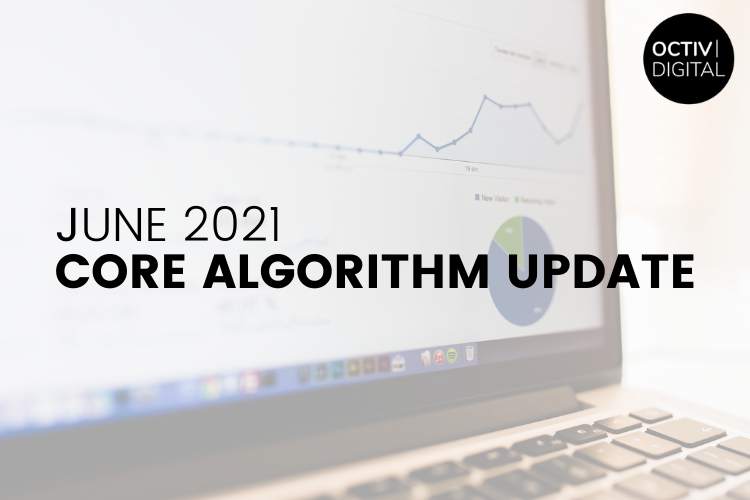 As most SEOs are aware, Google began rolling out its core algorithm update this month. The update, appropriately dubbed the June Core Algorithm update, is slated to be one of the major updates of the year. And while it’s still early, site owners need to be aware of its potential impact on search results.

What Is the Core Algorithm Update?

The last broad core algorithm update from Google took place in December 2020 and caused major ranking shifts, both positive and negative. December’s update focused mostly on E-A-T (Expertise, Authoritativeness and Trustworthiness) and took its effect on websites in financial and medical industries. These types of sites need validated information by experts to be ranked highly in Google. The last update helped reduce the number of results from websites dispersing questionable information.

Google does not formally say what a broad update addresses, but we’re able to see shifts through various tools like Mozcast that confirm changes are indeed happening:

As you can see, the temperature has risen substantially since the latest update began rolling out. But we still don’t know exactly what this update is addressing.

We Know the Update Is Not Part of Core Web Vitals

It's not related to the core updates and still slated for mid-June. More: https://t.co/TvxhzjxbOe

This new update doesn’t seem to be focused on one particular industry or type of site. As with most Google updates, an algorithm change takes about two weeks to fully roll out. We should be able to see more data and know exactly what the update affects in the coming weeks.

It’s also worth mentioning that Google is rolling out two updates: one in June (happening now) and one in July. Google has not yet disclosed when the July update will happen or what it could impact.

What Can You Do?

As with all updates from Google, the number one thing to do is to be patient. You don’t want to overreact to changes too quickly, make updates to copy, meta data, disavow links, etc., without fully knowing what is going to happen from Google. Google could choose to rollback updates or make changes to its core algorithm.

However, while being patient, there are a few things you can consider:

Be sure to keep a close eye on your daily and weekly organic traffic. If you notice large deltas from day to day or week to week, you’re likely being impacted (either positively or negatively) by the update.

If you use a popular rank tracking tool or work with an SEO agency, be mindful of your top organic searches. If you see rankings drop for your high volume keywords, you’re likely getting hit by the algorithm. Conversely, you might see your rankings jump up if your SERP competitors have any done anything questionable with their SEO.

Be Mindful of Competitors

It’s likely your competitors will be monitoring ranking changes too. They will also start to begin making changes to their websites if they have been affected by the update. Keep an eye on competitor rankings and specific changes to SEO elements like title tags, description tags, heading tags, etc.

If you’re not already prepared for the page experience update, you need to make sure your focus is on your site’s user experience and performance optimizations. Tools like GTMetrix will show you how your site is graded and can be used to foreshadow how you will fair with the upcoming update. Likewise, monitor Core Web Vitals data in Google Search Console to see if there is anything you can address ahead of the update.

Be Consistent with Your Strategy

If you have been pushing an SEO strategy in 2021 for your website and it has shown positive gains up until this point, you’re likely doing well with Google and won’t want to change your strategy. However, if you have been using gray hat techniques to achieve SEO results, it’s only a matter of time before an update like this puts your site in the sandbox.

If you have any questions about the June broad core algorithm update or your organic traffic, please contact us anytime.