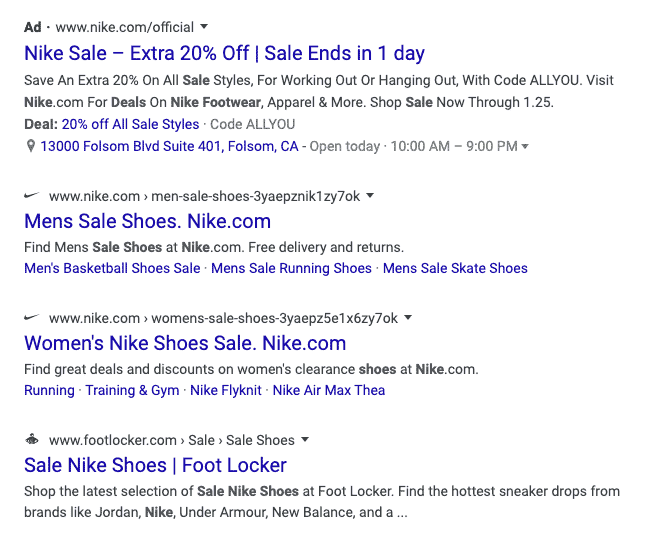 You have likely noticed by now that Google changed its SERP layout late last week. Following a design similar to its mobile layout and after months of testing, the desktop version of Google now shows favicons in results as well as a breadcrumb path instead of a traditional URL.

Google is working toward more continuity between desktop and mobile, and this latest update has a variety of mixed opinions.

Likewise, The Verge had their take on the new design with an article elegantly titled, “Google’s ads just look like search results now.”

What Does the LinkedIn SEO Community Think?

I made a post on LinkedIn asking other SEO professionals what they thought of the recent update with two quick thoughts:

As expected, most SEOs are not thrilled with the layout as it blurs the lines even more between a paid search result and an organic listing.

They’re cool but I was talking to a client around the potential for abuse from retailers who want to capitalize on brands / lines of products they sell.

Like if Dick’s Sporting Goods had dedicated pages around Nike Products and they updated their favicon on those pages to reflect the Nike Swoosh to improve CTR.

Adding favicons to individual pages of a site seems like a stretch, but businesses will find a way to exploit this feature to drive a higher CTR. What do you think of this idea?

Actually, Google Ads are appearing like organic results or they are easier to click on now. The #EvilEmpire knows what they’re doing.

Going to have to agree with you now. I don’t like them.

I think it’s a trick of Google to make it similar between paid ads and organic results. When a non-IT person searches something, it will be difficult for them to understand which results are ads and which are organic. As a result they will click on ads most of the time rather than organic results. And at the end of day, Google earns more.

This layout further blends the search results together making it increasingly difficult for the average Google user to know the difference between an organic listing and a paid ad.

Looks like eXcite search results from the late 90s, really just looks like they’re mobile results stretched out onto a desktop. It’s too bad they can’t use the real estate anymore.

Aside from it being difficult for the average user to decipher between paid and organic results, the results just don’t look visually appealing on desktop. It’s a significant shift away from Google’s typically minimal layout.

Google May Be Reverting the Design Already

The opinions are a bit mixed about the new layout. But one thing is for sure, this comes across as a move from Google Ads to have paid listings blend in more with natural results. And because of this lack of transparency for average users, it looks like Google is already reconsidering this design.

A quick search for “Air Jordans” now shows organic results without the favicon: 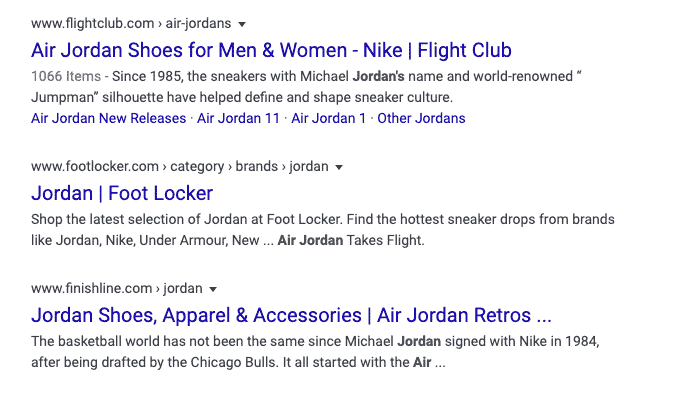 It’s always great to see the Google Search Liaison team responding to users’ feedback, be it from digital marketers or end users. Keep an eye on the results to see which design Google ultimately chooses.